Have you been told you have "gluten-intolerance" or worse... that you have celiac disease?  Many people go for years without knowing the connection between gluten and their gastrointestinal symptoms, autoimmune disease (thyroiditis, arthritis, lupus etc), skin disorder (eczema, acne, psoriasis), and even neurological disorders (epilepsy, ADHD, autism, etc) 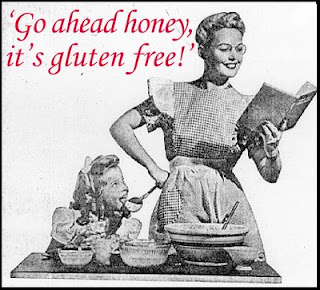 It's a protein found in wheat grain and part of "gluey" proline and glutamine rich proteins known as prolamines. Prolamines are found in all cereal grains, even rice, corn and oats. Gluten ingestion in susceptible individuals is assosiated with the serious neurological and autoimmune reactions often linked to autism spectrum disorder.

Historically, we can see a large increase in chronic degenerative diseases, like cancer, heart disease, diabetes, and bone loss/tooth decay when societies start to increase intake of grains and especially wheat.  I have seen remarkable improvement in many patient's illnesses, especially skin disorders and autoimmune disease on a grain-free diet.

Here is a must watch video from Peter Osborne, D.C. that does a very nice job of explaining the differences between gluten intolerance and celiac disease and explaining how this could be contributing to your symptoms...

If you want to know more about YOUR PERSONAL RISK, just ask Dr. Jill about how you can be tested for HLA typing DQ2/DQ8 genes to determine if you are at risk!

Posted by Unknown at 7:27 PM No comments: 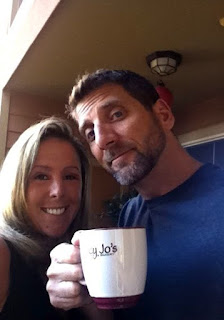 Many patients are surprised to hear that I drink coffee.  Not just an occasional cup, but every morning at 5:25am my Cuisinart automatic bean-grinding coffee maker whirs to a start, grinding the fresh roasted beans from Silver Canyon Coffee (*Organic Ethiopian Unwashed Sidamo is our favorite)

*The unwashed or "dry" coffee permits the cherries to dry completely before the seed is milled from the outer pulp and skin. This affords a prolonged contact between the ripe fruit and the seed, and imparts a fruitier, more complex and wine-like coffee flavor.

For years, coffee had a bad reputation. Linked in many people's minds with smoking, coffee is sometimes associated with over-stimulation and sleep-deprived shift workers.  In fact, just ask my husband... in the early years of marriage, I always referrered to his morning cup of java as "black death".  We laugh about it now and share a 12-cup pot that's brewed fresh from the our favorite coffee roasters.

Green tea may get all the glory, but the top source of age-avenging antioxidants in the American diet is coffee! The beans behind your brew—actually the seeds of the coffee tree's fruit—contain the same kind of nutritionally supercharged compounds found in tea and other plant-based foods such as wine and chocolate.

Healthy benefits of the bean!

Studies show that coffee can help ward off mental decline, certain cancers, Parkinson's disease, high blood pressure, stroke, diabetes, and even extra pounds. A study published in the Archives of Internal Medicine found that each time you refill your cup of java (caffeinated or decaf) in a day, you slash your diabetes risk by 7 percent and in another study, drinking two to three cups of coffee each day was associated with a 21 percent lower risk of heart disease.

In terms of drinking the brew, it's best to do it in moderation, despite the body benefits. Coffee is a natural stimulant, and high intake can bring on headaches, increase heart rate, or cause insomnia or sleep issues. You will get the most benefit by capping your intake at 4-6 cups per day and stopping before 2pm.  The half life of coffee is about 5-7hours, which means about 6 hours after you drink it, half the caffeine is still around in your body. Many people will still have caffeine in their system 12 hours after consuming it... but rates of elimination and metabolism of coffee (processed in the liver) will vary greatly from person to person.  Caffeine is also a diuretic, meaning that it increases urine output, which can lead to dehydration.

While both coffee and tea contain antioxidants, coffee, in some cases might just as good a choice!  There are more antioxidants in a cup of coffee than in a cup of tea.  And with more than half of Americans drinking coffee every day, Americans are getting more of their antioxidants from coffee than from any other dietary source.  Coffee also contains minerals such as magnesium and chromium, which help the body use the hormone insulin, which controls blood sugar. In type 2 diabetes, the body loses its ability to use insulin and regulate blood sugar effectively.  However, coffee may interfere with absorption of certain nutrients, like iron.

What about pregnant women?

In August 2010, the American College of Obstetricians and Gynecologists (ACOG) stated that moderate caffeine drinking -- less than 200 mg per day, or about the amount in 12 ounces of coffee -- doesn't appear to have any major effects on causing miscarriage, premature delivery, or fetal growth.
But the effects of larger caffeine doses are unknown, and other research shows that pregnant women who drink many cups of coffee daily may be at greater risk for miscarriage than non-drinkers or moderate drinkers so be cautious.

So be well... and enjoy your cup of the black brew guilt free.  (and in moderation, of course!)

Next stop at the market is Red Wagon Organic Farm, our favorite place for unique produce and leafy greens of all types to add to my morning smoothies.  Last Saturday we were introduced to a new veggie - the Trombocino squash (see photos below).  I couldn't wait to get home and try it - so I altered a fabulous zucchini soup recipe and it turned out quite nicely! 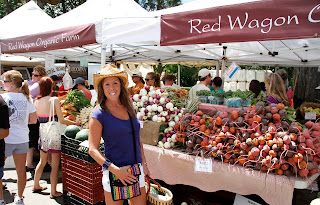 The original recipe called for zucchini, but I substituted tromboncino squash.  You can use organic vegetable stock or homemade chicken stock. If you are cooking for one or two people, you may want to freeze half of it for later. The soup should last in the fridge for up to 5 days.

Heat a 6 to 8-quart pot over medium heat. Add the olive oil, then the onion and saute for 5 to 10 minutes or until onion softens and is beginning to change color. Add garlic and cumin and saute a minute more. Then add chopped tromboncino squash, rice, and chicken stock. Cover and simmer for 15 to 20 minutes or until squash is tender and rice is cooked.

Add cilantro and lemon juice to the pot. Remove from heat and puree in your blender or Vita-Mix in batches.  Pour soup into another clean pot or bowl, stir batches together, and taste. If it needs a flavor boost, add more REAL sea salt to taste.

Aaron's gone this week so he'll have to wait to try some of the soup when he returns.... stay tuned to hear his review :-)
Enjoy!

Posted by Unknown at 6:30 AM No comments: